Taking on 3D Printing: Or Testing my Comfort Zone

Math makes me nervous. And, not your run of the mill, mild, tingle in your belly 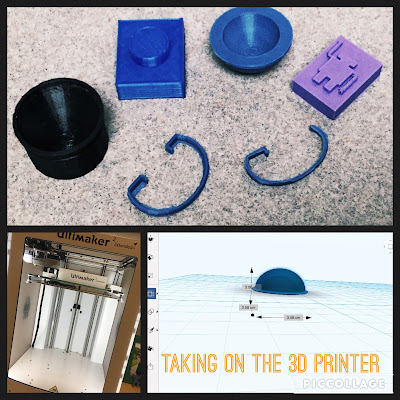 Needless to say when I wrote a grant for a 3D printer last year, I wasn't thinking that I would actually have to use math to use it.  I mean, my general plan was that the kids would figure out how to use it, and I would just cheer them on, and probably tweet about the cool stuff they were doing.  And then it became apparent that I had to learn how to use it. For real use it.

As a last minute challenge, one of our district technicians, Andrew, talked me into meeting him and Michelle, one of our second grade teachers after school, on a Friday no less, to learn how to use the District's Dremel.

Andrew's teaching method was brilliant in its simplicity. We simply had to use Tinkercad to design something to fit inside something else. He brought with him a rectangle cut out of wood, and explained that basically we were going to make a piece that fit into it, similar to the old Perfection game. 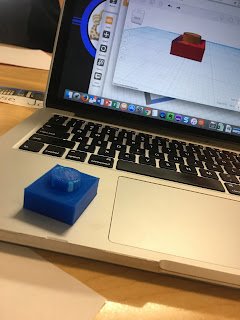 Within an hour we each had designed something in Tinkercad, had exported it as an .stl file, imported it in the Dremel software and created the .gcode to be able to make the print.

Mine did not fit. Michelle's fit like a glove.

I got myself some digital calipers and realized it was time to start practicing.


I didn't want to forget everything I had learned, so a few weeks later, I started messing around with 123D Design app. At that time, the app was available to use on the iPad, and I really wanted an iPad to 3D printer solution. I played around with process of trying to put shapes together on the iPad, and created a basic trinket.  This time I had plans to use the Ultimaker 2 Extended that was available at Johnson. 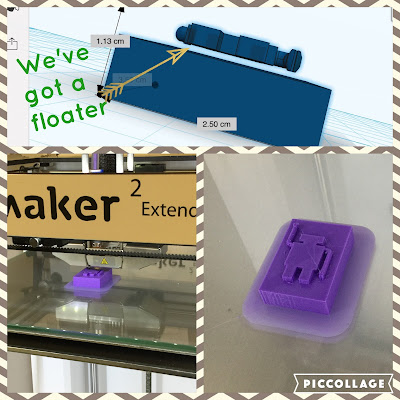 When I went to export the file and import it into Cura, the Ultimaker software, I realized that the design was floating! It was hard to tell this on the iPad app. I got some help troubleshooting and ended up having to bring the design into Tinkercad to insert a rectangle. I exported the .stl file from here and then converted the file in the Ultimaker Cura software.

The print from the Ultimaker turned out ok, and I was ready to try my hand at measuring again.

It was time to get some serious design work done.


As part of a PTO grant, Johnson had acquired some really great robots, including the Dash and Dot Wonderpack. We were looking for a way to use the launcher attachment to launch smaller things from Dash, what a perfect way to buckle down and try my hand at designing my own accessory.  To make it a bit more fun, and to hold myself accountable, I threw the challenge out to a few other teachers, to try to design a bucket attachment to work with the Dash launcher.

Still working off the idea that I wanted to use the iPad to design things for the 3D printer, I worked through the process of designing a bucket using a model of design thinking that I have worked out for students that I call ICE.  Check out the video below:

I used an interactive notebook I designed in PowerPoint to keep track of "most" of my thinking and design process in a way that I would have a student design.  The typical notebook I use has 3 iterations, I ended up working through five, and, in truth should keep going.


I am happy to report that I am getting better with measuring. By better, I mean things aren't a total disaster.

My first print fit perfectly in the launcher. 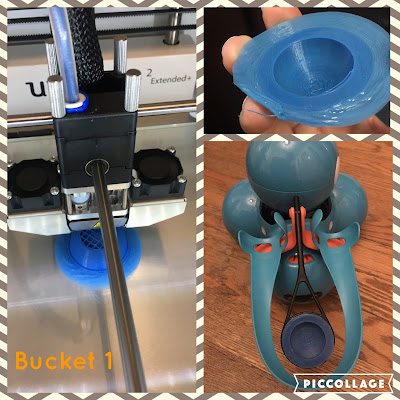 The bucket looks great, in my opinion, but it didn't stay in the launcher, so I attempted to make a bracket that would fit over the lip of the dome and around the launcher piece.  In theory, it could have worked, but in practice it didn't. Remember I'm getting better with measuring things, that doesn't mean I'm actually good at it. 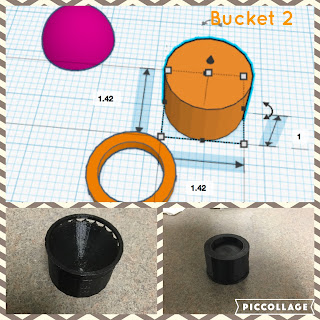 After two bracket attempts, I decided to just go for another bucket design.  This one was going to be deeper using the cylinder shape in Tykercad.  I was a bit concerned about the weight of it, so I used a dome for the bucket piece, a smaller cut out on the bottom of it and two rings for the launcher to fit into. There was a pretty big flaw in the dome piece.  I didn't leave enough space between the edge of the cylinder that I fit it into and there are gaps in the print.  I also didn't do a good job of sizing up the rings.
But this one worked - or at least it didn't flip out of the launcher, and I was able to get it in and out of the launcher with relative ease.

I haven't decided yet if I'm going to keep working this bucket launcher angle. I'm learning a lot and really could use at least one more iteration to be happy with my progress, but that's the thing with Design Thinking, it's never quite finished, and we have Ozobot accessories to think about now - or maybe something for poor Dot.

I have to say, when it comes to actually nailing it, 2nd grade teacher Ms. Leftin is the winner.  Check out her design: 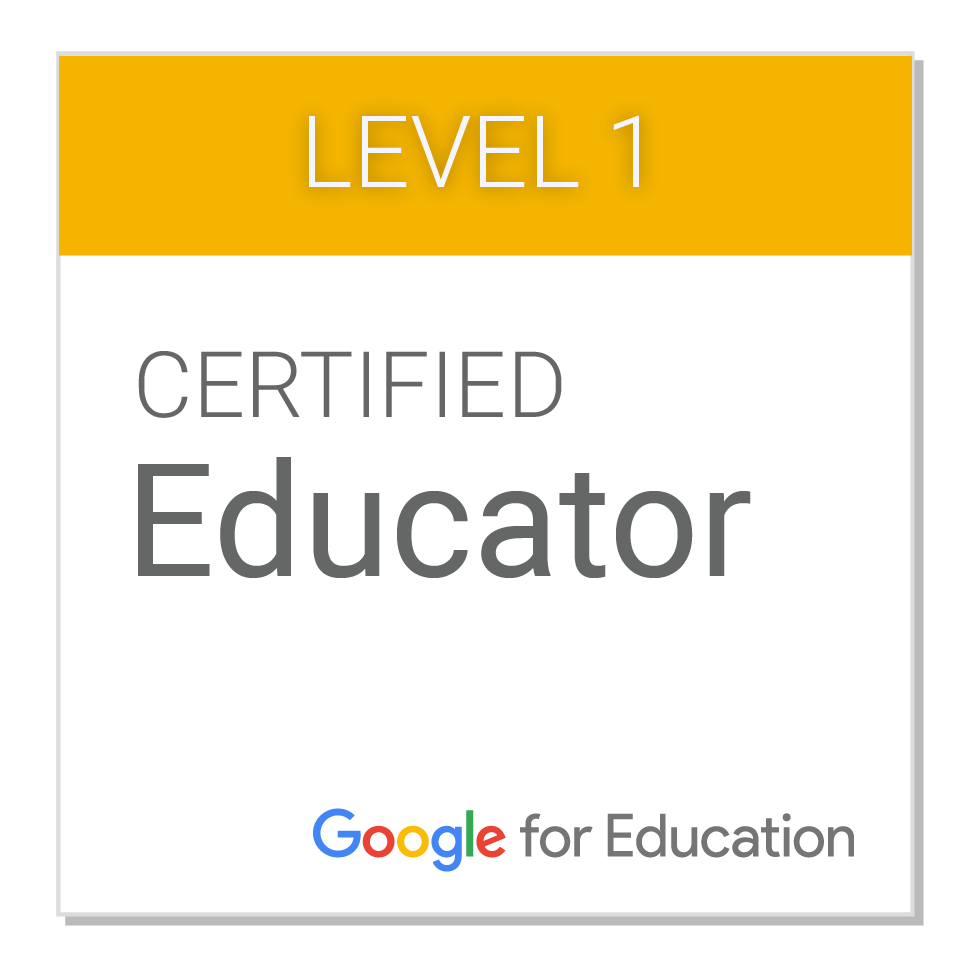 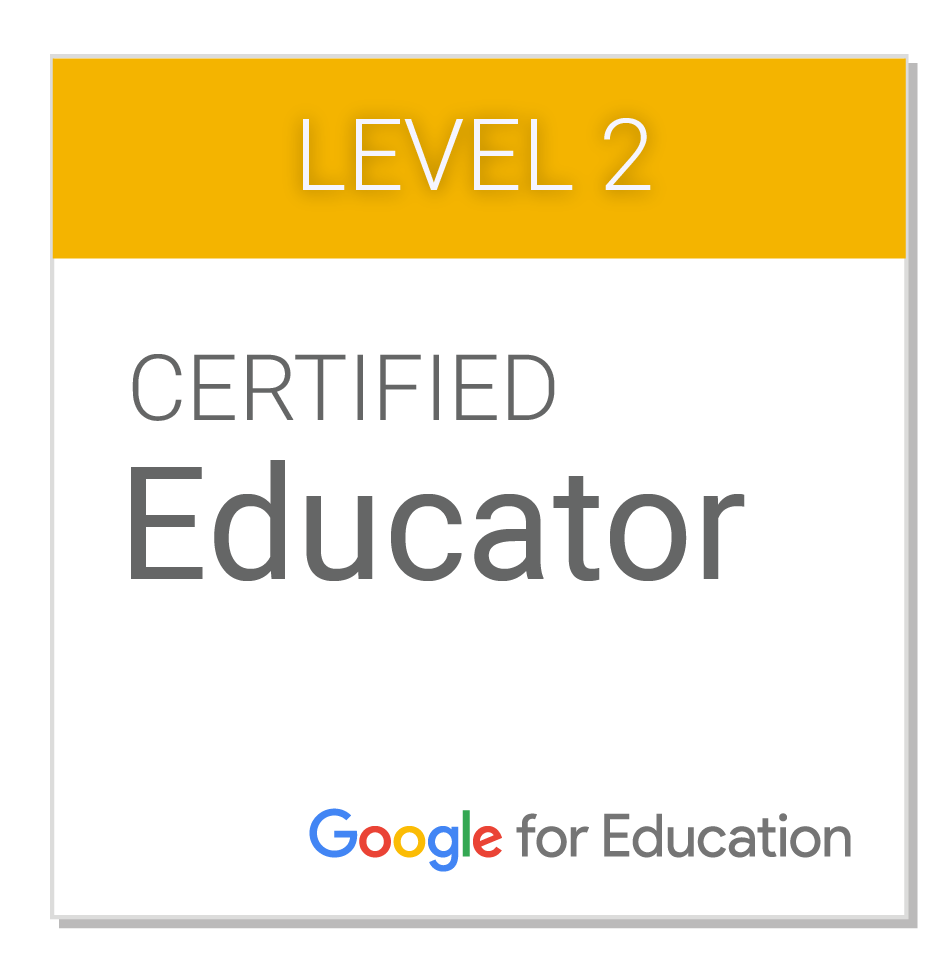